Here we have a cute little one year old holding her rattle, so let's talk about ---
18th Century Rattles 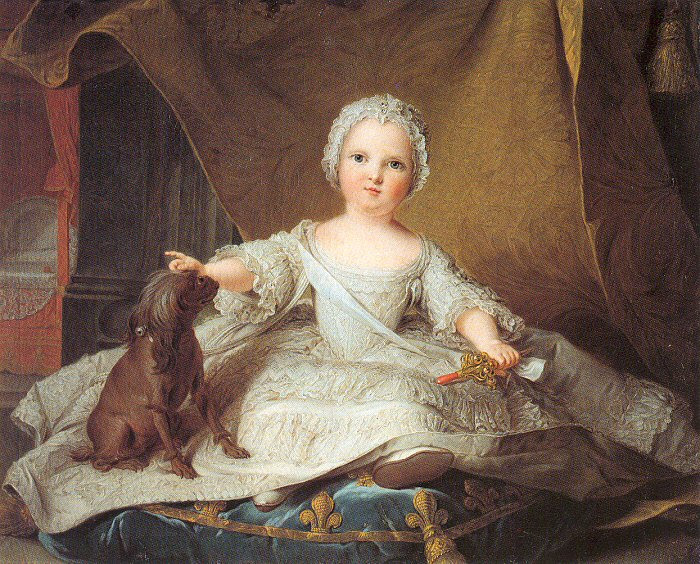 Marie Zéphirine was self-willed and naughty as a dragoon, according to Nancy Mitford and Amanda Foreman, but to me she looks like an adorable little one with her puppy and her rattle.


Rattles in the 18th century had bells or metal charms for the rattle noise, and often had coral tips for teething. 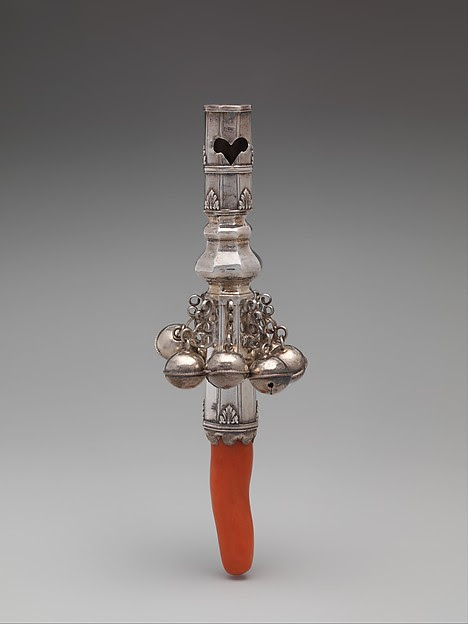 Some were whistles as well, like this example which has been well preserved since about 1740.

Is the rattle a treasure? With the level of detail, coupled with the intense emotional attachment of their tiny owners, I'd say so. Well, what do you think?

Please join me next week for another Treasure Tuesday.
Posted by Unknown at 7:00 AM