Mondays I will post whatever the heck I want. lol. It's my free day. (Maybe I'll even take a Monday off now and again. Probably coinciding around holidays, though I'm sure it will be coincidental.) 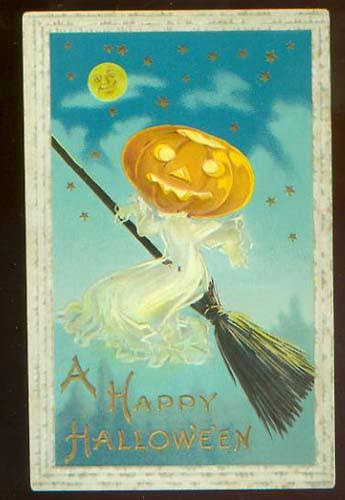 For this first Monday, I will be talking about Halloween, naturally.


All Hallows Eve, or Hallowe'en, in the late 18th/early 19th century wasn't the way it is today. People didn't dress in costume and trick or treat the way we do today (not until the mid to late 19th century), or light a pumpkin (originally it was a turnip used to ward off evil spirits).

So, you ask, what did people do in the 18th century on Hallowe'en. The answer is...party! Okay, not the keggers we have today.  Mostly they focused around marriage rituals.

I'll list a few of these Halloween marriage rituals.

In the Robert Burns poem, Hallowe'en, we find a number of rituals for discovering one's future husband of wife, or divining if love would last. 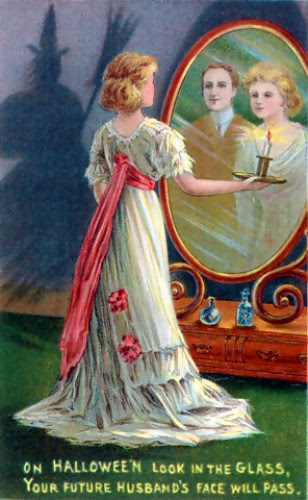 Then, first and foremost, through the kail,
Their stocks maun a' be sought ance;
They steek their een, and graip and wale,
For muckle anes and straught anes.
Poor hav'rel Will fell aff the drift,
And wander'd through the bow-kail,
And pou't, for want o' better shift,
A runt was like a sow-tail,
Sae bow't that night.
Then, staught or crooked, yird or nane,
They roar and cry a' throu'ther;
The very wee things, todlin', rin,
Wi' stocks out owre their shouther;
And gif the custoc's sweet or sour.
Wi' joctelegs they taste them;
Syne cozily, aboon the door,
Wi cannie care, they've placed them
To lie that night.

Translation??? Young men and women would pull kale out of the ground with their eyes shut, and it would indicate the stature and figure of their future partner. 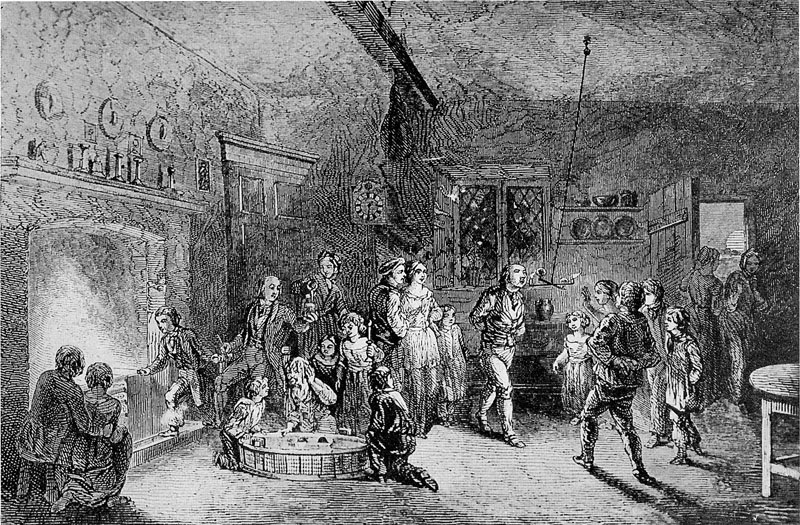 The auld guidwife's well-hoordit nits,
Are round and round divided,
And monie lads' and lasses' fates
Are there that night decided:
Some kindle coothie, side by side,
And burn thegither trimly;
Some start awa, wi' saucy pride,
And jump out-owre the chimlie
Fu' high that night.


Translation: Nuts were roasted, and if they burned together, the couple would live a long happy life together. If they popped apart, well.... DOOM! :D

Some other traditions from early Halloween.

Bobbing for apples, or trying to hit an apple with a fork using your teeth.
Tying an apple, or sweet slathered pastry, to a string, tying the persons hands behind them, and making them catch it with their teeth.
Dripping wax in water to see a future spouses wealth and standing. 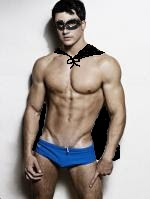 There were so many variations, that listing them all would take me all day. lol. So now that you have a few ideas about how they celebrated Halloween back then, go have fun celebrating Halloween however you choose to celebrate it!
Posted by Unknown at 7:00 AM