Thanks for being patient through my move. We're all settled in the new house (except for the piles of boxes still in one corner of the living room.) If you don't know what I'm talking about, please follow me on twitter  for random life stuff.
Chess, whist, checkers, quadrille, backgammon, piquet, quinze, Vingt-Un (AKA blackjack), pharo, rogue et noir, cribbage, matrimony, cassino, reversis, put, connexions, all fours, and speculation are just a small sampling of games played during the late Georgian and early Regency eras.
Many card, dice, and board games played during these years are played in modern day, so I'm going to focus on a few games that are more obscure in modern game play and are sometimes seen in romance novels. These will be quick overviews, so if you would like more info, I recommended google books where you can find period books with long descriptions of rules and etiquette. 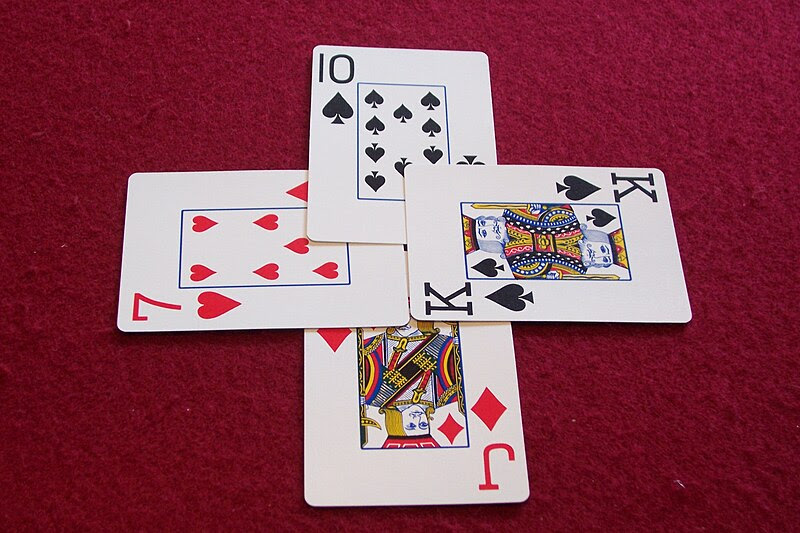 Whist is played with four players, but may be played with three and a dummy hand. Each has a thirteen card hand.
This is a suited card game with trump. If you've played hearts, spades, euchre, or any other suited card game, you know that you play by following suit. (For example, your opponent leads a spade, you must play a spade, if you have one.) If not, you may play any other card, including trump cards. Trump suit--determined by the card the dealer turns face up on the table--beats all the other suits. (For example, if hearts are trump, a 2 of hearts beats an A of clubs. However, an A of hearts beats the two of hearts.)
To win a point, you and your partner must take 7 hands. If you do, you get a point. If you received ten points during the course of play, you win.

Pharo (or Faro or Pharaoh) - the coffee house game 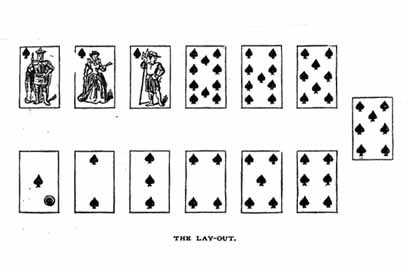 This is an odd cross between high/low and roulette. The dealer lays out a winning and a losing card, and the player bets on which card might win by placing a chip on the number or face of the card. You can also place bets on groups of two, three, or four cards by placing your chip between cards. If you have a chip placed on a winning card, and it is the winning card, you win. If you have a chip placed on the losing card and it loses, you lose. 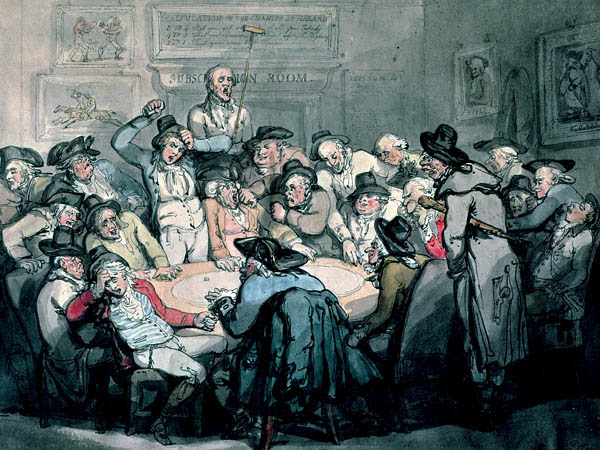 This is somewhat complicated, so I'll just say it's similar to craps and give a general idea of how it's played.
The betters choose a number between 5 and 9.  The roller rolls two dice. The betters win if the roller rolls the same number twice before rolling a losing number. A 2 or a 3 (and possibly 11 or 12 depending on the number you choose) are losing numbers. Alternately, 11 or 12 might be winning numbers depending on the number chosen.

I hope you enjoyed reading some general descriptions of the games you might read about in romance novels. These certainly aren't the only ones, but they are the more popular ones.

You can also play each one online, if you would like to experience the games for yourself.

Posted by Unknown at 5:00 AM No comments:

Cosmetics
Women's cosmetics were not worn as wildly as some portray them, however, many of them could, and did, kill the women who wore them. The penchant of the time, as you can see above, was for pale complexions, rosy cheeks and rosebud lips.Anything to affect the look of youth. Earlier in the century, women powdered their hair, but as the century wore on, taxes and changing styles made this rare. Beauty marks in various shapes were worn to accentuate the features, and were said to have meanings at court (the wearer was married, taken, etc...) depending on where they were worn. Also, late in the century, makeup, hair, and dress became more and more natural, partly because of the changing social and fashion climate caused by the French Revolution. Though I feel I must say, contrary to what some believe, the wild hairstyles and outrageous outfits were not worn on a daily basis, and some women would go their entire lives without gluing mouse fur to her eyebrows. :D Below I have some fun recipes as well as some pictures you might find interesting.


The Art of Cookery Made Plain and Easy: Which Far Exceeds Any Thing of the Kind Yet Published.
By Hannah Glasse 1784

TAKE half a pound of hog's lard, put it into a pan with one ounce and a half of virgin wax; let it stand on a slow fire till it is melted, then take a small tin pot and fill it with water, and put therein some alkanet root; let it boil till it is of a fine red colour; then strain some of it and mix it with the ingredients according to your fancy, and scent it with essence of lemon, pour it into small boxes, and smooth the top with your finger.

N.B. You may pour a little out first to see if it is of a proper colour to your fancy.

Alkanet root is a colorant for making the salve red.

A Rouge for the Face

Take Brazil Wood Shavings, and Roch Alum, beat them together into a coarse powder, and boil in a sufficient quantity of Red Wine, till two thirds of the Liquor are consumed. When this decoction has stood till cold, rub a little on the cheeks with a bit of cotton.


Brazil wood is still used as a dye. Rock Alum is used as a deodorant, depilatory, and skin whitener, among other things.


Take four pounds of unpicked Orange Flowers, bruise them in a marble mortar, and pour on them nine quarts of cleat Water. Distil in a cold still, and draw off five or fix quarts, which will be exquisitely fragrant. If you are desirous of having it still higher flavoured, draw off at first full seven quarts, unlute the still, and throw away the residuum; empty back the water already distilled, and add to it two pounds of fresh Orange Flowers, bruised. Again luting the still repeat the distillation and draw of five or fix quarts. Then stop, being careful not to draw off too much water lest the Flowers should become dry and burn to.


From how I understand it, luting is where you use a flour and water paste to seal the joints of the still.  Orange water was highly popular, so this sort of recipe would be made often.


You might want to try making one or two of the recipes I put up. If you try, please let me know how it goes in the comments. I'm pretty busy with my move right now, so I can't try any of these on youtube, but rest assured, I'm making mental notes and when I start posting them, I'll post them here first.
Posted by Unknown at 12:00 AM No comments: