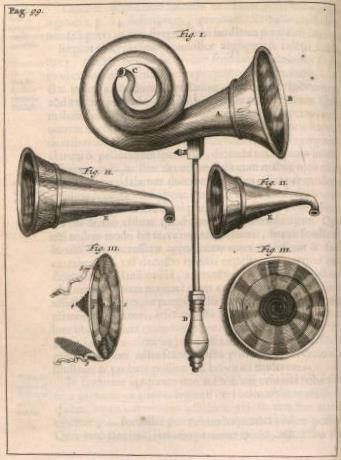 As a writer, we can often find ourselves looking up the most infinitesimal detail at length because we want to include one word in one sentence.

That was me today. My heroine's sister, Rinny, wanted to recall her grandfather's hearing device, so I found myself researching ear trumpets.

I thought I would share a bit of what I found here with you.


There were a number of different styles of ear trumpet going back into the 17th century for the hard of hearing. Most worked on the idea of focusing the sound waves toward the ear drum, like a backward version of the musical instrument they're named for. 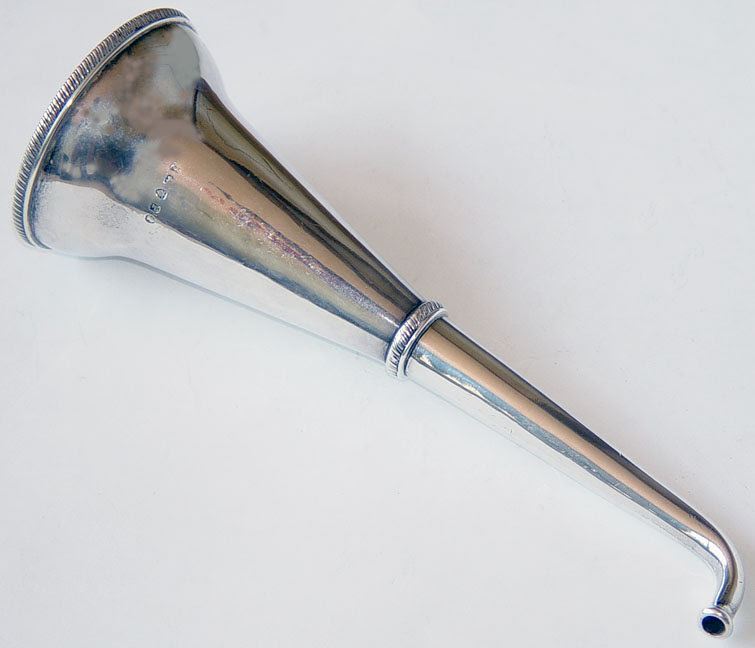 It's hard to find many replicas or antiques from before the 19th century, however, but I had to include this picture to give an idea of what they looked like.